Marginal growth in steel use expected 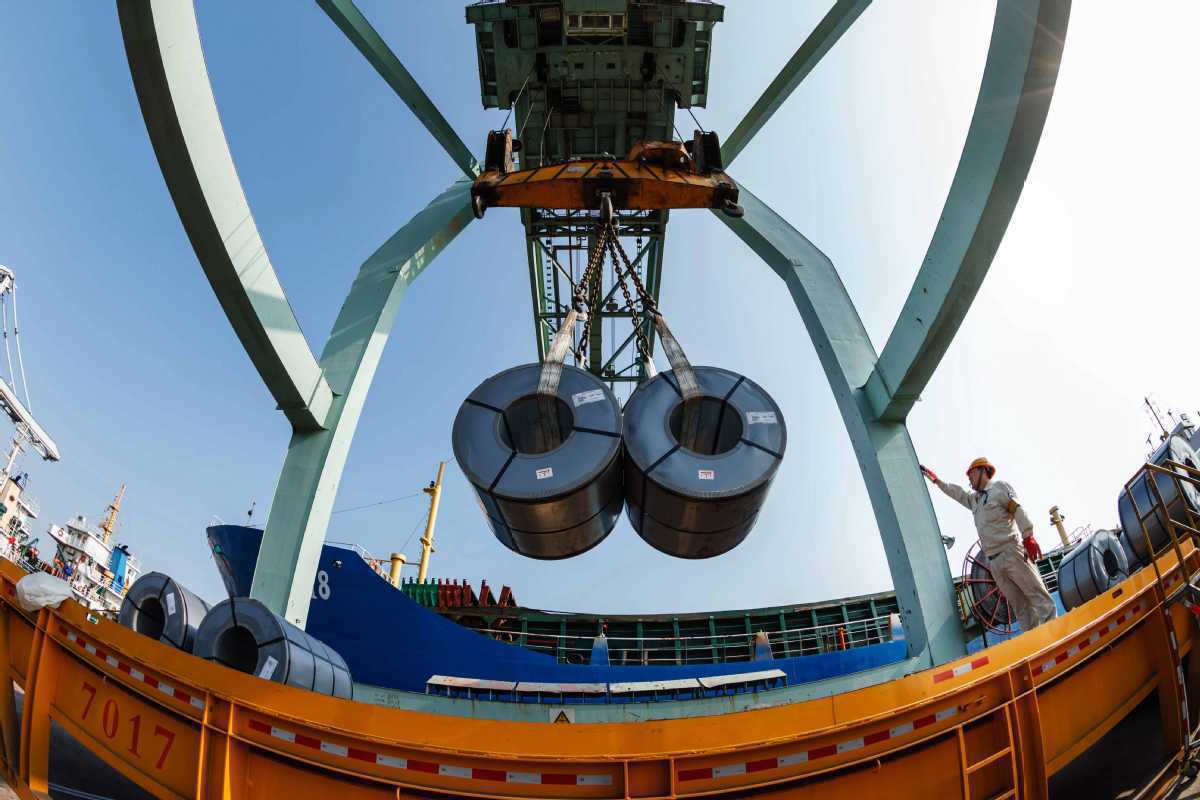 China’s consumption of steel products is expected to grow marginally next year, after hitting a record this year, said a new report from the Beijing-based China Metallurgical Industry Planning and Research Institute.

According to the report, China’s steel products consumption this year is set to rise by 9.6 percent on a yearly basis to 981 million metric tons, and by 1 percent to 991 million tons in 2021, based on the economic growth trends and demand from major downstream industries.

“The expected growth in consumption of steel products shows the strong resilience of the Chinese economy, despite the COVID-19 impact and the slump in the global economy,” said Li Xinchuang, Party chief of the institute.

Pig iron output will grow by 9.2 percent in 2020, but fall by 1.2 percent on a yearly basis to 873 million tons in 2021. Li said the decline will be largely driven by the increased use of scrap steel, as well as the stringent environment standards in the country.

Iron ore imports are expected to hit a record 1.17 billion tons this year, up by 9.5 percent on a yearly basis, the report said. That would be followed by a year-on-year decrease of 2.7 percent in 2021, to 114 million tons.

Steel demand from the construction sector, the biggest consumer, is expected to grow by 1 percent to 580 million tons next year, after soaring by 13.4 percent to 574 million tons in 2020, said Li.

Demand from the intermodal container industry is expected to see the sharpest year-on-year decline of 13 percent this year, with consumption expected at 4 million tons. The sector is expected to consume 4.3 million tons of steel next year due to a recovery in international trade, up 7.5 percent on a yearly basis.

Steel consumption by the automobile sector is expected to fall by 0.9 percent to 53 million tons this year, but grow by 1.9 percent next year to 54 million tons.

Qu Xiuli, deputy head of the China Iron and Steel Association, said during an industry conference last month that China’s steel industry must tap the potential of new and high-end products to pursue high-quality development, as it has become very big for exponential growth. The industry should also pay attention to innovation and low-carbon development, she said.